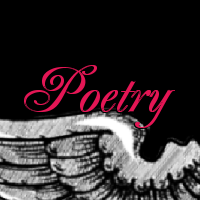 I’ve come to find that over the years, I’ve been oblivious to some things, especially men. It’s understandable as I grew up as a tomboy. I didn’t fret about my appearance except in making sure I had good hygiene and my clothes were washed.

In fact, after college, I was a bit confused about guys… and girls and why they were acting and saying things I simply had never heard before. In fact, I was kind of ticked off sometimes… and I had gone through 2 attempted rapes where I ended up beating the guy back. It wasn’t until my early twenties I finally was sat down by a friend and told that I needed to realize that I was gorgeous and these looks, words and actions people were doing were due to that.

I wasn’t fishing for compliments and I knew I wasn’t ugly or there wouldn’t been a lot of small children running from me. In fact, I am more to look for a compliment about my work rather than ask about myself. I was successful in what I set my sights on and learned to be confident without resting on looks.

Nothing Wrong With Being Nude

Poem written by Nile Flores in 2001

If I just stand here in the sunlight
and let the rays accentuate my curves,
– would you be turned on
– or would you see art just the way nature has made them?
In the shadows that I made
as my skin warms in the sun,
– there is perfection here,
but ONLY here.
If you think below the belt,
then this is nothing
– my naked body just a toy,
Please look at me without lust
and then I know you respect me
– knowing that this is just body
and that it doesn’t need to look wanton for you.
I see you only as a person
– not just for sexual pleasures.
I’m only curious of your thoughts
– hoping that you see me.
Just another of God’s creations
who appreciates the bare essentials
– because there’s nothing wrong in being nude.

Back in mid 2001, I had ended a long relationship that had also been long distance. The guy had frankly taken the cowards way out and just eased himself out of the picture without much of . We had originally met while working at Cedar Point and he had been on Work Visa from his country- Colombia.

He definitely had been a great guy. I had gotten to go to Colombia and see a lot of things that most people never get to see. We had a great time and I honestly had fallen in love with him. He came back to work each summer and for a time, after his second summer, he stayed longer and moved with a cousin in Wisconsin. That’s when our relationship oddly faded. I learned not to chase a guy from this relationship as I spent a month and a half emailing or trying to call him with no luck.

However, over half a year after the breakup or what I call a fade out (lol), I eventually dated and met the guy who I had eventually married (who is now my ex-husband.) My ex-boyfriend oddly started talking to me again and I had to set him straight that our relationship had been over for more than half a year. This is how this poem came about.

Seconds.
Minutes.
Hours.
Days.
You promised to come back.

I always told you I was patient
but no longer- can I wait.
Loneliness is not me forté.
I hope you understand
that when you visit me again
I will have my own family-
our old relationship gone.

Though memorable it was,
do not be jealous of my love-
for it was not his fault
that I fell out of love with you.
It was your fault- putting me on a shelf.

For that was no fair.
Never to kiss you.
Never to wake at your side.

For your sake and mine
move on with your life quickly.
Find a girl that you will love
and never remember me again.
For it is only hair for her.

As an after thought-
you could have been the one,
but your priorities were elsewhere.
I do understand that completely.

So accept me as a friend
or do not speak forever more,
but never speak as a lover again.

Sometimes,
when all the pretty wrappings are no longer in the way,
you see the person you feel deeply for,
and find yourself surprised.

Sometimes,
when there’s no more words to hear,
it’s time to just cut ties and walk away,
even though your heart was longing.

Sometimes,
when the one you’ve loved comes to visit,
and has worn out their welcome,
you shut the door on them, because you’re done.

Sometimes,
even when they are gone and you’re feeling loneliness,
you’re tempted to bring them back, or fill those holes with meaningless shallow interactions,
but you don’t.