You are here: Home / Memories / Reflection of 2007: Wading Through the Dark 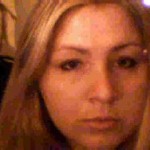 I finally went through some of my older posts that I took off of Blondish.net that were posted between 2006 and 2009, because my site focus had changed. I re-posted them at here. They contained some of the things from when I got a divorce in 2007.

I held off on this because a few of these posts, as much as they don’t seem painful to read, were in fact really painful to write… so painful that they seem a bit stoic. I tend to kind of shut off emotions when I’m past the anger and the sadness. It takes a while for them to… reboot.

Today, I still have a few things that still are a bit painful to talk about, but I’ve finally been able to open up a little more, so I was planning to reflect a over those things as a means of closure. I’ve had counseling, written a lot of poetry, and I’ve had some really great friends who broke through that same ice that made me often hard to reach out to.

2007 was a very hard year for me. The lowest I ever was. I was going through my divorce (one that I found out the real reason for the separation, after being horribly verbally abused.) I had been scarred as a child to think that I would be a horrible mother because my own mother had pretty much abandoned us, and my ex-stepmother verbally abused us as well as practically made me a slave in the house (doing all the house cleaning- both inside and outside.)

I wasn’t a perfect wife, but my home wasn’t really messy, and my son was fed. I played with him, but I was going through depression, so bad that Luis didn’t want to be married anymore.

When he told me that, it cut right through me… badly. I couldn’t even talk. I just kind of shut down and cried silently on our living room floor. I ended up laying on the floor for hours trying to figure out why everything went so wrong.

See, it was at the beginning of 2007 when he told me this. Prior to this, we had argued for weeks about kicking my sister Chandra out of the house because she was seriously taking advantage of our hospitality. See, she had nowhere to go, and came to us. This wasn’t the first time, and I was hesitant to allow her back as she never helped us out. She ate out food, didn’t clean up after herself, and I knew it was going to happen again.

When it started to get bad, for some reason Luis took Chandra’s side and yelled at me. I just wanted her to be out. She was getting out of control again, and friends with some people I didn’t want in my home. She wasn’t allowed back at my parent’s home because she burned that bridge for similar reasons.

All I could think that night after Luis told me that we were getting a divorce, was that Chandra had somewhat to do with it. I couldn’t think of anything else. Our intimacy- we never had a problem with. We did communicate. I took care of Angel AND because of Luis, got a full time job. It was me, I wasn’t as happy as I usually am, and I didn’t want to go out and do things like we had in the earlier years of our marriage.

I also had a feeling that he was trying to hook up with another lady in his department at work. I wouldn’t have been surprised as we did kind of have an open relationship… as long as he told me about it. (Come to find out, he started going out with that lady only days after the divorce paperwork was finalized. My own sister showed me pictures of them kissing too.)

It broke my heart. I left my home, and moved into my parent’s home. I didn’t have much money. I just had my car, and then enough belongings to fill that car ONE time. Yes, I had no furniture, no bed. I just had blankets, pillows, 2 tubs of books, clothes, a tub filled with knickknacks, and my computer.

For 6 months, I lived in my parent’s home, and worked. I worked online with my clients, and then I went to work 40 hours a week at a factory job in Mount Vernon (Walgreens Distribution Center.) My stepmom Donna (who is not my ex-stepmom from my early teen years), got tired of seeing me in such a funk that she told me very rudely to get out. I was actually mad about it because I was helping out in the house, but I understood. It was her house, and I really needed to find a life out on my own again.

So… I did. I found a very small studio apartment in Mount Vernon, Illinois. It was clean, but it was quiet. It was also very hard to live by myself. I cried at night. One night I had a scary thought of what it could be like to die and I had to tell my dad about it. He turned around and referred me to a doctor because I didn’t want to feel like this. This wasn’t just normal sad. It was just really hard to wake up, hard to go to sleep, hard to find the motivation to want to go to work, and even hard to want to be around anyone.

2007 was the darkest part of my life. I’ll never forget it. Sure, there are some hurts left, but they aren’t the debilitating hurt that they were before. It’s a lesson that even in the darkest moments, I can still turn things around. It’s the reason why I’m eager to learn more, and want feedback from people. I want people to tell me to shut up when I start talking a lot. I want them to sit down and tell me when I’m being a jerk. I want to meet other people. I want to do things. I want to be the best that I can be.