I don’t mind people who have no filter, but there has to be some form of self control. Just because you think it, doesn’t always means you have to share it. In fact, I’ve noticed a lot of people make an excuse that they have ‘no filter’. No, you don’t have any self control, and may even on some level, lack some respect for others.

I’ve learned over the years, that you’ve got to pick and choose your battles. This extends to putting on a filter, when I know I have no filter. I know that am very opinionated and have a strong will.

However, I’ve been really irked with the male dating pool, in regards to ‘no filter.’ This no filter lifestyle involves saying inappropriate things before the 1st date, and asking questions that shouldn’t be asked until later on. Example: Complimenting someone’s boobs or making very sexually charged comments are not appropriate in the first stages of dating… unless you’re a person that doesn’t mind that type of talk.

Sure, communication is important in any relationship, but there’s a right place and a wrong place for things. Honestly, I’d think if a someone was trying to date, they’d be a bit more respectful. I’m really disappointed by the behavior.

The last conversation I had with a date, that turned out that they weren’t old fashioned, but wanted to know way more than I wanted to tell them. They also were unhappy that I wouldn’t open up to them more, even though I’m a pretty transparent person.

Being transparent doesn’t mean that you have to answer everything right away, nor does it give another person a right to bully you into answering things about you, that they’ve not earned the right to know.

I think they missed the memo on what dating was, and were more about hooking up.

Well, if someone just started dating me, talking like a sexual deviant makes me want to stay reserved, and I’m sure many others feel that way too. 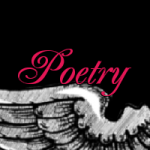 I cried at night
Your words and actions still running through my mind
Dreaming that you still loved me
– but you didn’t anymore
In the rudest way,
after all my investments,
I tried to keep our conversation line open
– but you shut it down
cutting it cleaning with the crisp snap of metal scissors

I was alone again
– learning to cope with single-dom, but failing miserably
– with a big fat ‘F’ in Single’s Training School
The worst thing about it all,
was that you were confusing
We were at the apex of our relationship,
almost ready for a committed future together,
and then you withdrew like a desperate retreating army during war
It left me in kneeling in defeat,
soggy knees sinking into the trenches of a foggy morning

I didn’t win anything, but I felt defeated
I can never hold you again,
and it was not even my fault
You were immature and unready for commitment
How could I ever have thought you would’ve ever been ready for such a thing
Now it doesn’t matter
I have a new road to journey
– and you do too
Good luck with love
May your retreat be swift to reduce the hurt in my heart

Angel and I finally got to go on a trip together. While there was some fun, the trip was primarily planned to allow Angel to see his grandma, who has been slowly dying from cancer. Most of the other grandkids have already see Donna before she’s gotten worse, but Angel was the last one.

This was mostly due to the fact that Luis wouldn’t allow Angel to take off a few days from school, and that I had a lot of conferences scheduled this year.

Angel and I got to go to Elephant Butte Lake a few times. We swam, and enjoyed the lake. It’s the first trip we’ve ever got to do together. I worked really hard to get to this point, and I know we’re not spending a lot of money, but we’re at least doing something together that we’ve been wanting to do.

This trip wouldn’t be possible without my best friend Kimberly Castleberry loaning her vehicle to me. It means a lot.

Here are some pics of our trip.