Now, I love to listen to music. However, I am finding it difficult to listen to music with my son present. For example, Lady Gaga’s “Love Game” ( http://blip.fm/~7u6se from Blip.fm. It is free to listen to. Lyrics found at MTV.) song is upbeat and catchy, but if you truly listen to the music, you will find some things that you might not want your children to hear.

The term ‘disco stick’… well, that is self-explanatory. In fact, when my boyfriend first heard the above verse, the kids were with it. He turned the station immediately. When my son recited Flo-rida’s “Low” (lyrics from MTV found here), it did not seem so bad, but the innuendo is there.

I admit listening to this without children is fine, but this music is now quickly spreading to radio and television and easy for little eyes to see. I almost feel like I have to use parent control all the time. It sounds dramatic, but is this the type of message we want to convey to children? Yes, I could shut it off and I would, but what about the other children? There are countless songs today. How much is considered too much? Is just turning it off enough or do you need to explain why before you do? 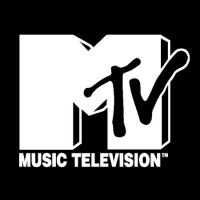 Now, it is great that MTV allows people to push the envelope on a lot of things, but their awards have gone down the toilet… literally. Every year, a worse host than the last is chosen. Every year, more poorly scripted jokes than the previous. I almost wanted to cry when Kiefer Sutherland went below his status as an actor and did something I had not seen so badly done since before ‘The Lost Boys’ when introducing Ben Stiller. Truthfully, I like some of Stiller’s work, but not all of it.

However, the most disappointing of all if the fact that some of the awards issued were clearly not issued for the fact an actor or actress did a really great job, but because MTV sold everyone out. Now, I am sure there are people that are fans and love it to death… and ‘Twilight’ was an okay film, it just did not meet what it was played out to be. In fact, it was even more disappointing than the books, and I was not impressed.

I would rather watch ‘Interview with the Vampire’ and ‘Queen of the Damned’ despite the fact they do not follow the books well because the acting was far better than what was done in ‘Twilight’. There was a lot of awkwardness, long pauses, the fight scene… I really would have rather seen it go to Heath Ledger (bless his heart) who was a hell of a lot more compelling.

MTV pulled out people who were not as well seen, and did things that made them sink to a lower level. Why does this make me mad? Well, I grew up while MTV was developing. I watched it as a child and saw it grow. I accepted things like Jackass and Wild Boys, and people who were actually interesting and had experience and people could admit that they really liked their work.

MTV slowly turns into a teeny bopper world where it is okay to glamorize teen pregnancy despite the fact they have done commercials to inform people about STDS and to use condoms. Make up your mind MTV… are we going back to high school and encouraging children to get pregnant so they can show up on MTV, or will MTV have the balls to ignore the popular as they once did and go for REAL issues.

Sorry MTV, but I am no longer a fan unless you can grow up, instead of regress.