You are here: Home / Opinion / My Yard Is Not A Sidewalk! 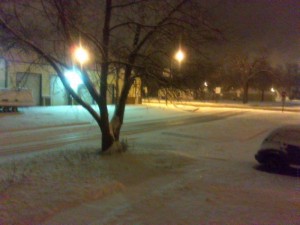 I like children and people. The people I have problems with are usually ones with bad attitudes and have not been taught proper manners or respect.

I was taught while growing up not to walk through another person’s yard. It was considered rude, and by law – trespassing. Why would someone mow or plant flowers when someone is going to trample through the yard that has no sidewalk.

I know there are a lot of people who have yards and do not care, but for those who carefully cultivate their grass and flowers, trespassers push the peeve button. I had an argument with a grown woman who trekked through my yard instead of the alley. Where she walked was between the bushes and my house, only inches from my window.

For me, when I am home, I do not want people peeking or walking that close. It bothers me as I do not know who is walking through, what they want, and if they might be a problem later on. I had told her to stay out of my yard and explained why she should not be walking in another person’s property – other than it being just plain rude.

I do not go catching people because I am bored. It is pretty obvious when I can hear them. I may live in a small town, but I have been robbed before when living in a big city – it is something that triggers my fears.

Other than the woman, I have also had teenagers walk through. It was not fun dealing with them and because they were very threatening, I decided to just remind them that the police station was less than 5 blocks away and it would be certain that if I called, their parents would hear about it.

However, then I thought – maybe their parents are not teaching them proper manners? My own son is taught not to just walk through strangers’ yards. I was taught by my father and my grandparents. I have even had the opportunity to care for the lawn when I was a teen. I even helped my father with gardening – we had been featured on the front of the Lifestyles section of the Belleville News-Democrat at one time because our backyard was amazing (and not a single part was landscaped by an outside business.)

Anyhow, fencing my yard is not an option. I have thought about putting flowers in the areas people are trying to cut through. In fact, there is a lot of things I have to do to the yard, but I feel that it would not last if people are being rude and stepping through like they owned the place.

Am I being extreme when I happen to catch people walking through my yard? Any suggestions to prevent this in the future?